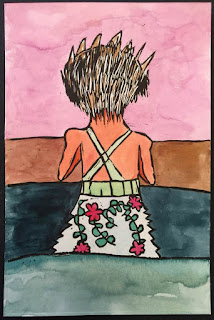 This is a 6" x 9" (full bleed) linocut with hand watercolor painting. It is a collaborative piece by me and my 7-year-old daughter Lysi. It started as a drawing (second image below) she did from observation of her little sister Bebe. Bebe was kneeling down at coffee table drawing, and Lysi and I were sitting on a couch behind her. I gave her a couple suggestions and pointed out some details when she became frustrated, but she drew it all herself. I loved the drawing so much that later I transferred it to a linoblock and turned it into a print so we could make colored versions. The first image here is the one I colored. Lysi colored the one with baloons and another girl in the background (the original drawing was done at a friend's birthday party) and the final version was colored by Bebe. 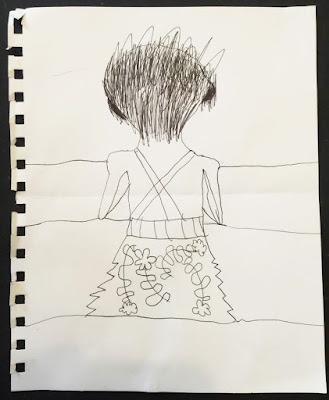 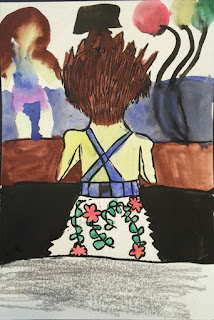 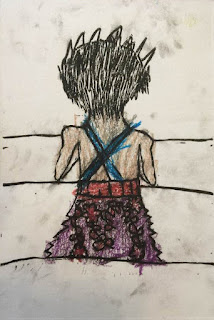