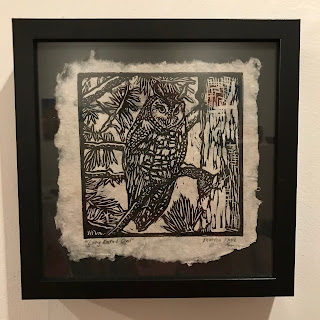 I feel proud and honored to be exhibiting this woodcut alongside that of many of my colleagues at the University City Arts League this month. This version of Long Eared Owl, from my 12 Owls series, is printed in oil-based black ink on paper I made myself from cotton and local plants. The Block Party exhibition will be on view through January 3rd.
Posted by Martha Knox at 7:27 PM No comments: 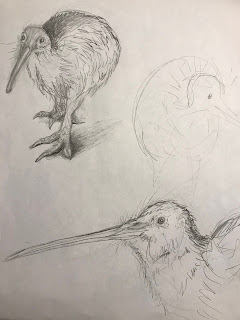 Anyway, these are sketches from a taxidermy kiwi at the Wagner that I drew in between classes this week. For any interested artists, the Wagner reserves Fridays from 1PM-4PM as open studio time for those who would like to sketch from the collection with dry media. No reservations necessary.
Posted by Martha Knox at 7:51 PM No comments: 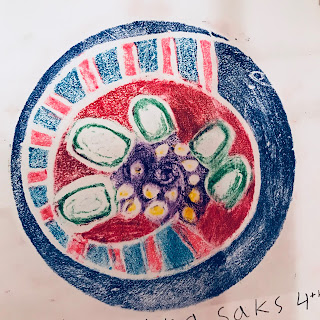 I've continued to experiment with different ways introducing students to white line woodcuts. Oftentimes I work with kids that are too young to carve wood or I teach workshops where we don't have the time to do traditional white line woodcuts. This is one fun, quick, and inexpensive alternative. We used Scratch Art Scratchfoam cut into circles. The kids drew lines in with pencils, which pushing the foam down. Then we taped one side of the circle to the paper for registration and began print section by section using Mr. Sketch markers. The markers produced surprisingly vivid color on smooth, white Bristol paper. 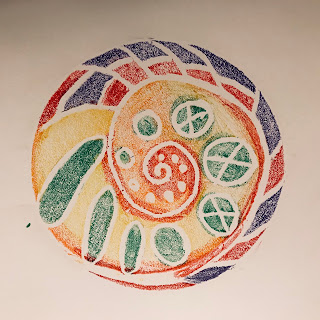 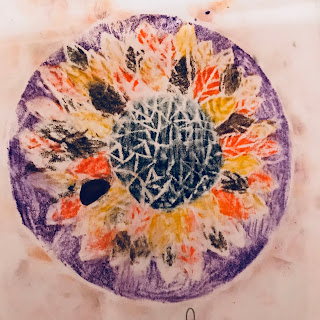