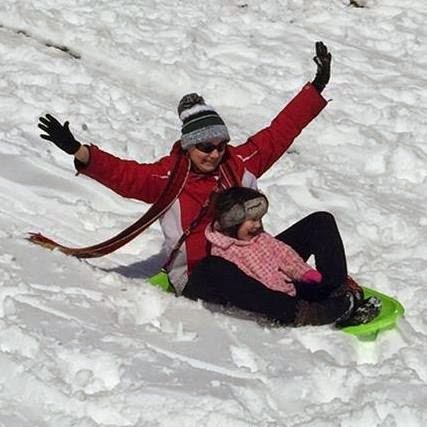 Yesterday morning I launched my Indiegogo campaign to fund a small press. Today I woke up with that campaign already 90% funded. Well over 100 friends, acquaintances and even strangers shared my campaign. My GoGo Factor is through the roof, with my campaign featured on the front of the Indiegogo website and the top campaign in the Art section.

So much support... I'm overwhelmed with gratitude.
Even though independent publishing was something I'd been seriously considering for almost three years, and researching and planning for months, I felt rife with apprehension. After all, Words On Woodcuts is just a one woman operation out of my home studio, and I have other responsibilities as a part time art educator and raising my two little girls.

For your amusement, here is my favorite outtake from filming the video pitch. The person filming (whose voice you will hear) is my 5-year-old daughter. We filmed this while her toddler sister was napping. It was the only time of day when the lighting in my studio was good.

Special thanks to my friend KM Scott (author of Legends of Steragos) for doing all the video editing. If I'd had to learn to do it myself, I never would have finished in time to launch on Friday the 13th.

As I hit the "launch" button on my fundraising campaign yesterday morning, I still worried I wouldn't be able to raise the necessary $2000 during a 42 campaign. Today I'm wondering how much I can raise beyond that goal to reduce the size of the necessary business loan and increase the press's chances of long-term success.

From the bottom of my heart, THANK YOU ALL!!!
Posted by Martha Knox at 8:47 AM