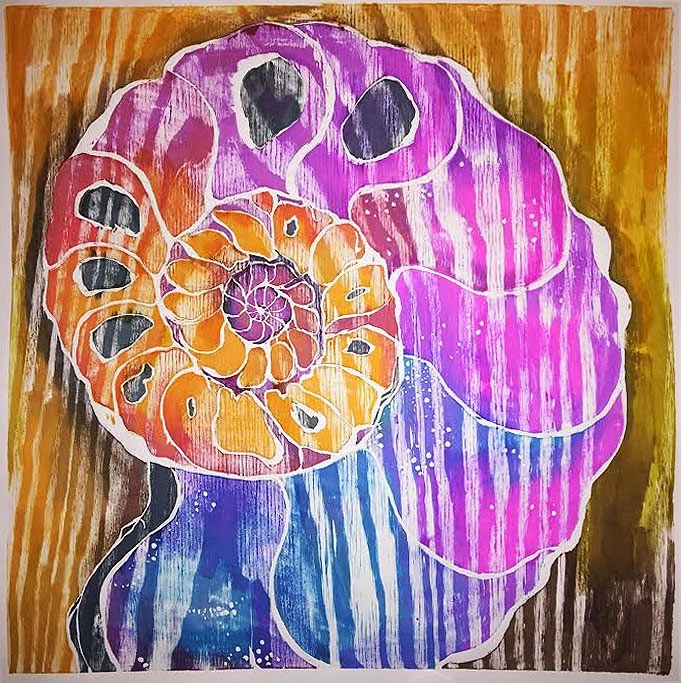 The block used for this print is a piece of pressure treated pine plywood I picked up at Home Depot. I chose it for the wonderfully bold pattern of grain, and did my drawing in response to it, and so I was thrilled when the grain appeared so boldly in the printing process. This beast took over two hours and a heck of a lot of paint to print just once, so it's a lot like painting.

Fossils are a source of endless fascination. And why wouldn't they be? They are traces of the past, embedded in stone. I can't get over the fact that these animals died out millions of years ago, yet I have the fossilized remains of one sitting on my desk and have seen countless more in museums and in photographs online.

A paleontologist carefully scrapes away rock to uncover impressions of the dead, while I carefully carve into a once-living tree to create an image inspired by that ancient past. The grain - the evidence of a tree's seasons - needed to be visible, embedded as saturated striations across the surface of this image. In this language I will write my love letters to the shadows of corpses. These stripes are lightening bolts I will harness to enliven its remains.

Even if only in a window on a page.