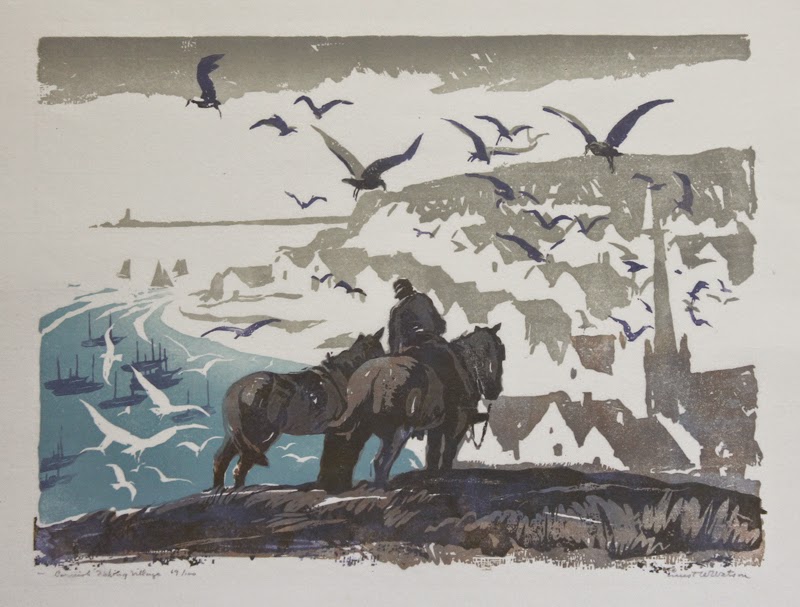 I first became aware of the work of Ernest Watson in March where I saw one of his linocuts at La Salle University Art Museum. I wrote about works from that show here.

I have since sought out more of Watson's woodcuts, and many have a particular mood that reminds me the Japanese concept of the floating world. His images read as quiet, ghostly, fleeting moments in time. This print most exemplifies that impression.

The seagulls rise up into the grey sky, most of it already dissolved, just like the sides of the houses seem erased. Only the roofs remain, haunting, grey zigzags that call to the birds. The avian herd, a small mass of Vs, respond by heading in the direction of the fading structures. They, too, disappear in the embrace.

Who is witness to this? A man and two horses. They stand on a hill overlooking where land meets the sea. They are closer to me, more solid, poised to move. Nevertheless, I'm convinced they will not last long; already they melt into the translucent ground at their feet.

I fear neither will I.
Posted by Martha Knox at 6:48 PM