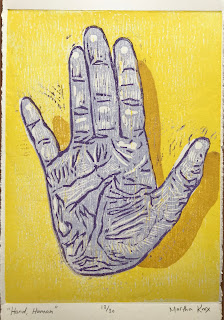 The broader concept will be to create a small series that includes other primate hands (at least the great apes) depicted in the same way and then exhibit them as a set.
Posted by Martha Knox at 9:12 AM